I don’t know about you, but I fall into the Not Naturally Organized category. I’d love to fix that, but first I need to get a baseline established, which means a massive declutter of the entire house!

Working full time, this is a pretty intimidating task. On a recent day off work, I grabbed a Starbucks treat and sat down at the kitchen table for a mental walk-through of the house. Going from one area of the house to the next, I created a list of small tasks to slowly get our house tidy. I tried to keep them to thirty minutes or less, but the nature of the beast for some is bigger than that.

All the photos in this post are taken without staging, cleaning, or any preparation. This is the raw reality of my small home right now. I’d like to blame months of illness and general busy-ness, but this is our natural state. I’m hoping to be able to share an “after” video with everything shiny and clean (and keep it that way!) by the end of the year.

We live in a rear- home, and, as much as I would love to keep the front door for guests, our garage is a mess so we park on the street. Which means the front door is where everything coming in is dumped, and everything going out rests until it leaves.

These two rooms can seem out of hand SO quickly, but it would only take me a couple hours and they’d be in the pristine state I dream of. We currently have the added bonus of a hole in the dining room ceiling due to some condensation on the stack for the main bathroom. Isn’t home ownership glorious?!

I’ve already been making some serious progress in the kitchen, so there isn’t as much to do in here. Saying that, there’s still a long list! I broke it down by individual cupboard.

For a space that we rarely use, this is such a mess! It regularly ends up as the dumping ground for recycling (our pick-up is in the alley), stuff to go out to the garage, off season items, and who knows what else.

Until I started looking at my photos, I wasn’t too worried about the kids’ rooms. I try to keep on top of them and do a little bit each night at bedtime or when I’m putting away laundry. But I’ll be honest that most of my efforts are focused on the floor. I need to look up (where I put stuff so they can’t get into it!) more often. There are still a few areas that could use some improvement.

For under 40 square feet, this space sure finds its way to being a clutter catcher!

This is another spot that I try to keep on top of when the kids are having a bath, but we still have a few spots I need to go through.

I’ve recently made some progress here, but it needs another pass. Hubby is certainly contributing his share here.

Of the areas I’m “responsible” for, this is, by far, in the worst shape. Why do our personal spaces always seem to come in place?

Hubby’s Zones Are His… For Now

There are a few spaces in the home that are primarily Hub’s domain. The basement and garage have become his areas, and I’ve done my best to stay out of them. I know I have stuff in both that I could help organize, but the rest of this list will likely keep me busy for most of the year!

Now that I have a solid uncluttering task list, I plan to work on one or two spots at a time. I’ll take before and after (and maybe some during) photos to share, and link up to those posts from here so you can follow along.

this sparked any ideas of places you should go tidy? Is there a cupboard you could clean up in under thirty minutes? What would it take for you to get your house HOUZZ tour ready, or is it always like that? 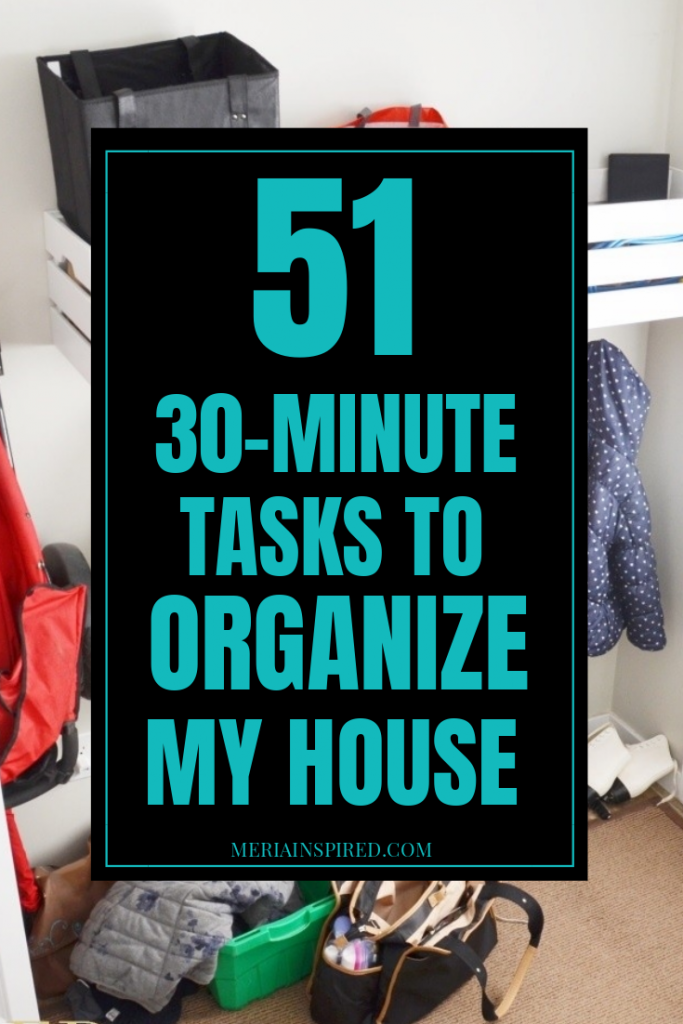 4 thoughts on “51 Tasks to Declutter the House” 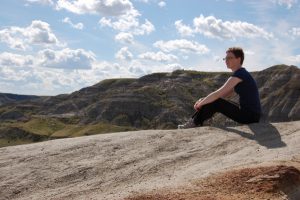 I'm Jen. A busy, full time working mom of two trying to find my passions and the time to do them. This is my journey. Read the story behind this site.